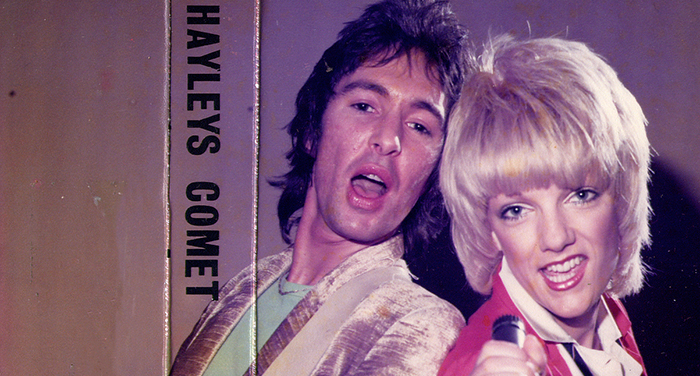 The 80’s with Hayleys Comet

It was during the ‘80s after gigging round England that I decided to do a Paul McCartney “Wings” format  (destiny chose for us to meet some time later). Paul also wrote and composed a song called "Another Day" – which happens to be the name of a single off the debut album! I mention “Wings” because when Paul had formed this band following the Beatles split up he decided the only way to test the water (in my opinion a brilliant format) was to load up a van with his musicians and equipment and head up the motorway with no set venue booked. They stopped off at the first university they found. Paul walked in unannounced and asked if he could do a gig there. Being a bit surprised the university welcomed him. They set the equipment up, did a gig and that was the first the world heard of “Wings”! Anyway, it worked for him, so I thought I’d copy his idea and use the same format. Only I decided to do a mini tour in Europe. I managed to borrow my mate’s studios for free for a few months to get a good set list done. 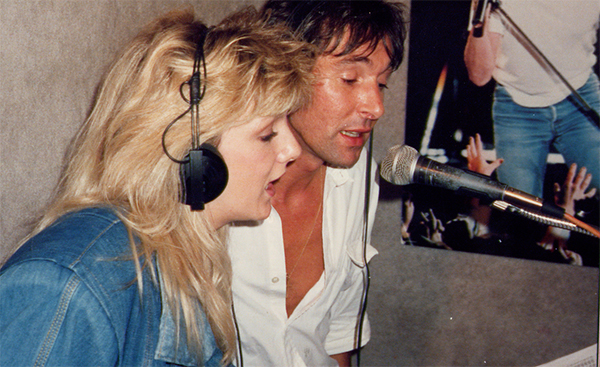 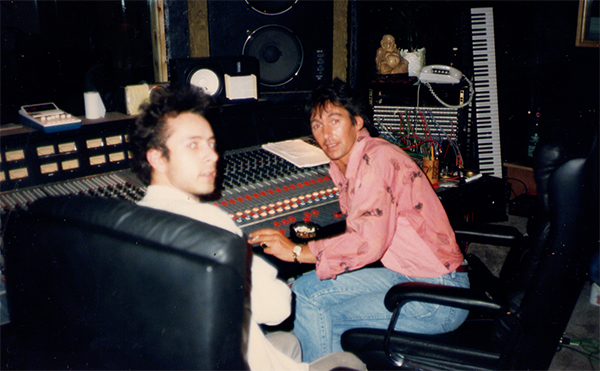 Studio time gearing up for the tour

Although I didn’t have original material, apart from my new single, I decided that good cover songs that the crowd could sing along to would work well.  I’d already hooked up with this singer/model called Hayley, hence the name of the band and we promoted ourselves doing the usual (photo shoots, studio work – see photos in gallery). I then chose a few musicians, up for the challenge and the fun, to go on this mini tour and to go to places unannounced – a bit like Paul did. I borrowed a camper van from another friend and we hit the road. We travelled through Europe going as far down as the Italian border. 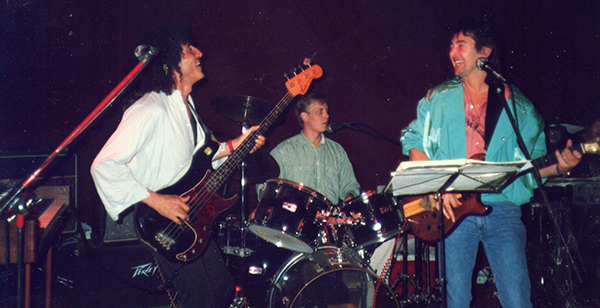 Hayleys Comet on stage in Europe

Hayley looked great on stage and she was also a good singer – we were a bit like Paul and Linda only it goes without saying we didn’t have the fame. We stopped off unannounced at various venues and we were welcomed everywhere. Although the money wasn’t great the experience was. On our return through Europe I contacted a friend of mine who had a Gite in France who let us chill out there for a few weeks. Man, that was good. 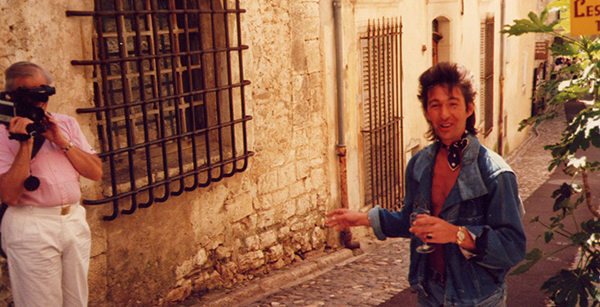 During our break this mysterious film guy followed me 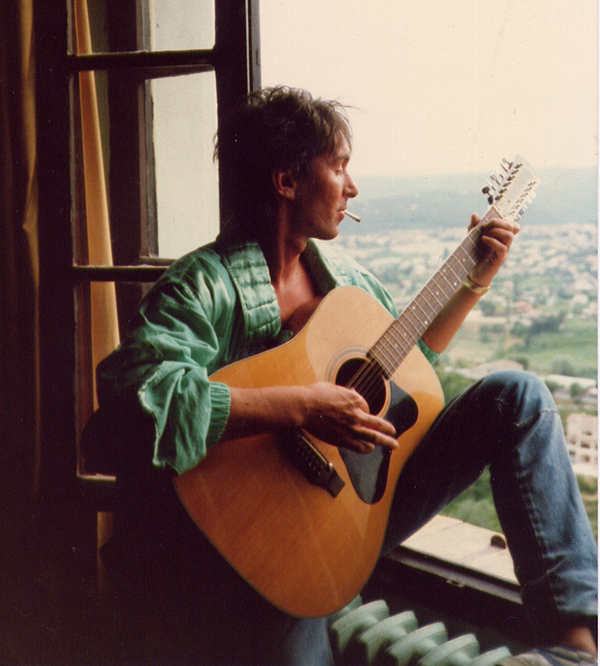 Moi chilling at the jit - France

It was a well-deserved break although when I went out one day to get some bread it was with great amusement a French guy decided to film me at random opportunities throughout our stay. My pal then suggested we should try our luck in Monaco and pointed us to a good nightclub there which his mate happened to run – that helped! The venue was next to the Hotel de Paris. On arrival the club was rammed. We did a good gig and afterwards I was surrounded by ‘autograph hunters’ and ‘snappers’

Signing autographs after gig in Monaco

Me and the band thought that this was really good and after the gig the band disappeared in to the night. I, with H, decided to go to the bar. I had a tap on the shoulder with a guy saying, ‘that was a good gig’ it was none other than the Rat Pack man himself Sammy Davis Jr. – a true legend and one of the times I wished I’d had a camera. We had a brief chat and exchanged pleasantries and behind him was Liza Minelli. After they left, a few minutes later there was another tap on my shoulder and a guy complementing us on the gig. Turning around to thank him it was in fact the then Prime Minister’s son Mark Thatcher. We got chatting and he invited us back to the hotel for drinks which we accepted. We ended up in the bar/lounge area in the Hotel de Paris (Monaco thank you). It was then I found out that The Red Cross Ball was taking place on the same evening. There was so much bling being worn by the ladies the penny should have dropped but I was still coming down from the gig. Out of the corner of my eye sitting in the lounge area there again was the legend himself Sammy Davis Jnr. with Liza. I thought to myself “what a night!” I carried on talking to Mark (that friendship lasted 10 years or more). On saying our goodbyes Mark and I swapped telephone numbers and we headed back to the Gite. Over the next ten days the band and I decided to head back to England. We did one more gig in Paris where we parked the camper under the Eiffel Tower. 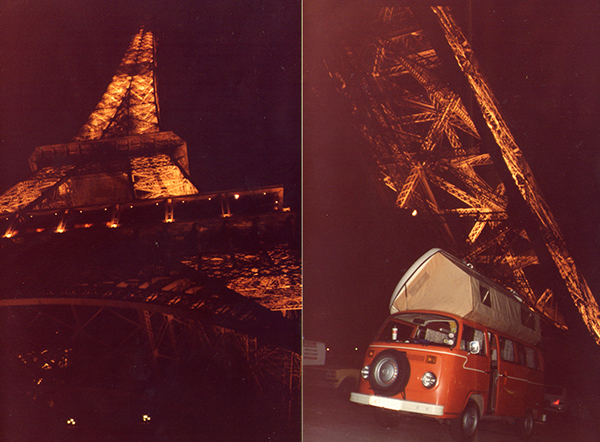 That you could actually park under the Eiffel Tower and leave your van there all night long would be unthinkable today. That’s why I’ve included these photos as proof. And I even managed to earn enough that night to crash out in a small hotel 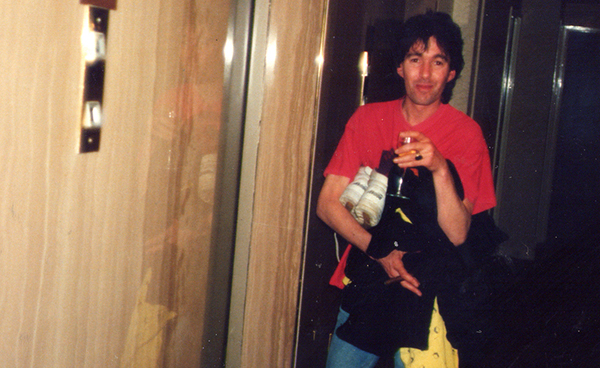 On our return to England my thoughts went back to the numerous gigs we did and the fun we had but financially it didn’t really turn out that well and stardom didn’t come calling. Just a bunch of fun and great memories. I decided to call it a day with the band; it had run its course. It was all a bit strained but we all parted on good terms.  It was then I decided that I would go back to following my solo career and headed up to London to Air Studios to book some studio time.

I was having a coffee in the lounge at Air Studios which had very comfy couches and a very chilled atmosphere. The couch I was sitting on was near the lift. The doors opened and out walked Paul McCartney. He plonked himself next to me, I introduced myself to him telling him about my recent ventures. We chatted about music and life in general for over an hour and during this time the phone which was next to us rang and reception informed Paul that Linda was on the phone. On picking up I’ll never forget this humorous comment Paul said, “Oh I see Linda, so you expect me to do the music and the art work”. I pulled Paul’s jumper as he was talking to her as we laughed together. Throughout that day we bumped in to each other on numerous occasions and approximately at 4pm the majority in the building was asked to leave as Paul had a massive photoshoot on the ground floor. As I left we gave each other a high five and swapped phone numbers. A few weeks later Paul phoned me at my home to touch base. How cool was that, that he took the time out to contact me.

Having gone solo, I started gigging around England and I did quite a few private bashes in Stately Homes 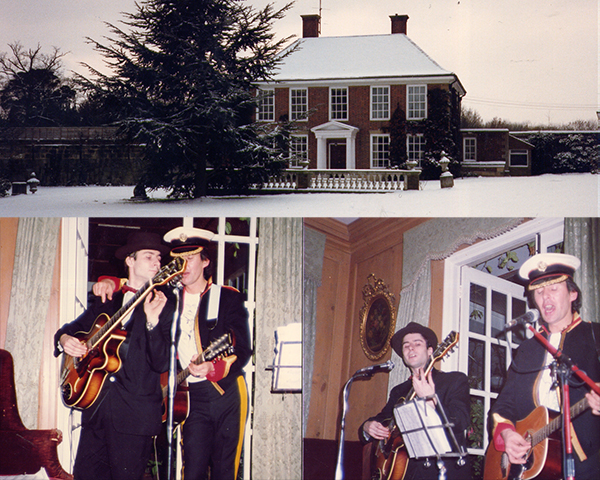 as well as on the club circuit. It didn’t really come to much but when you are a musician you do it out of passion rather than for fame. My next amazing musical break would be in 1990 when I had a very important meeting with Phil Collins. More of this later. But first I had a very surreal phase in my life - my own ‘Downing Street Years’. 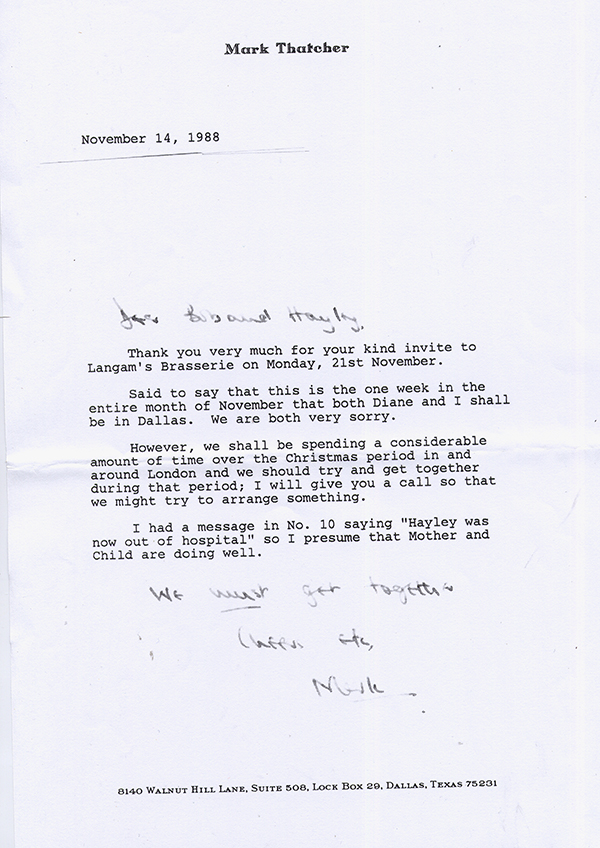