Rocking into the 90's With a little help from my friend Phil Collins from Genesis. Band no. 3. Artful Dodger

This modern world of social media (Instagram, Twitter, Facebook - the list is endless - the world of the net) I'm sure is good thing, but, nothing was more refreshing or welcoming than receiving a hand written letter, a postcard from abroad, something that someone put pen to paper - was really cool, and that's how it worked in the 90's. Amazing how we coped isn't it! No internet! Yet, the world got by just fine without it. This brings me to the letter (shown below) that Phil Collins sent to me. 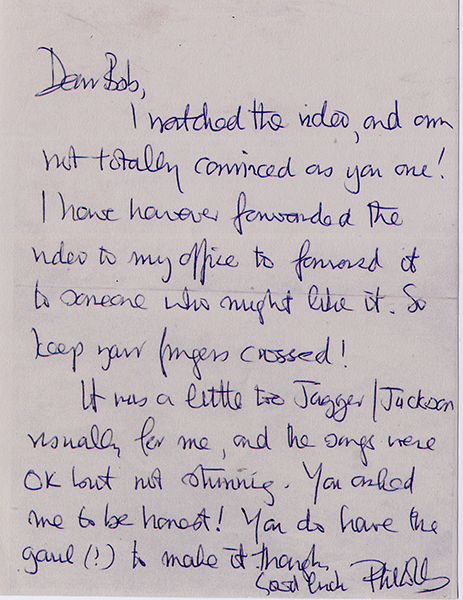 Letter to BW from Phil Collins

I met Phil at Lakers Farm - the home he shared with his then wife Jill and their daughter Lilly. In fact, it was Jill's kindness that helped the meetings I had with Phil. At one of the meetings in their home I took him a video of original material and the letter explains his thoughts on the video, that my dancing was very like Jaggar/Jackson - which I took as a compliment! 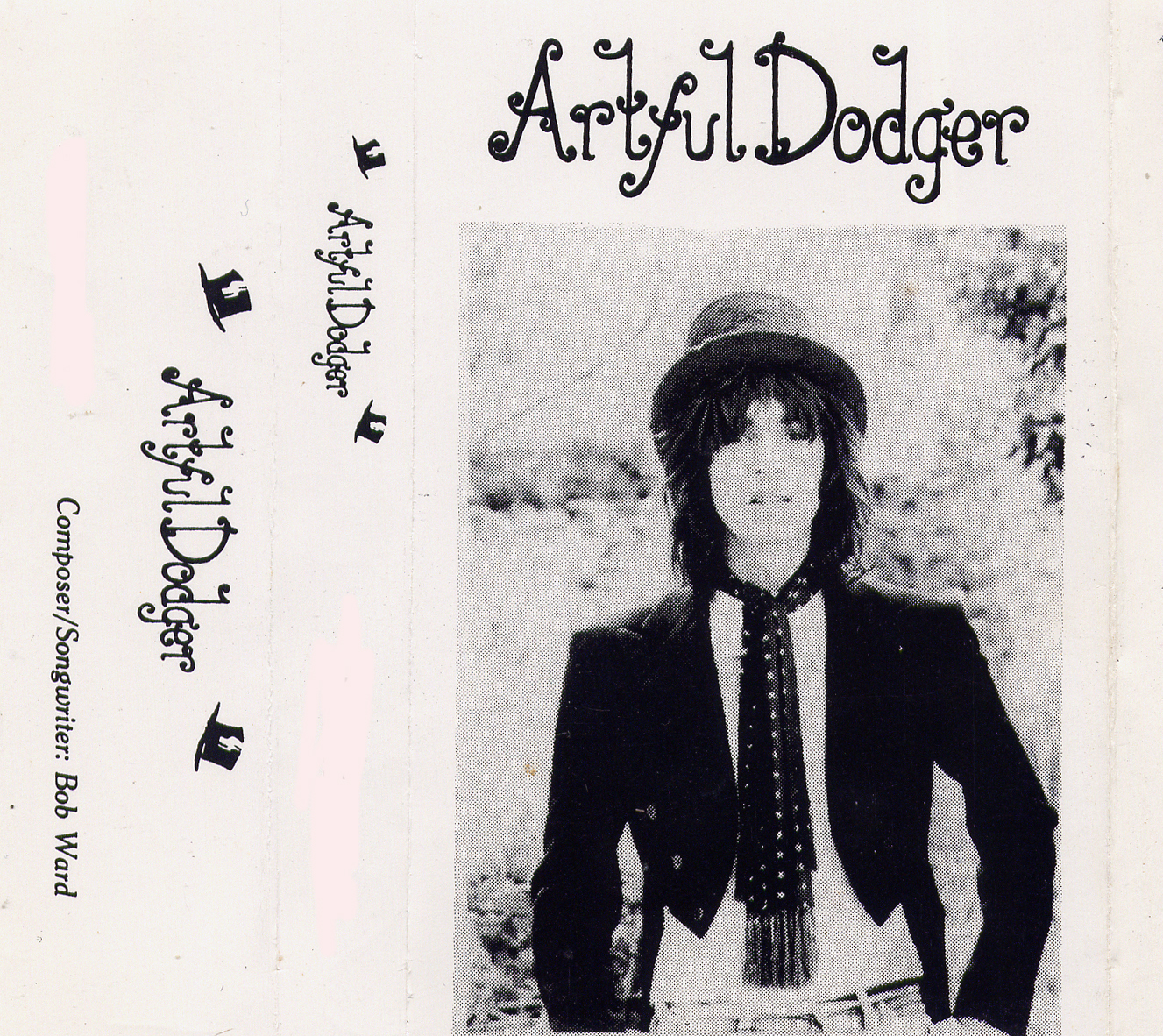 Band Number 3 was a solo project - calling myself Artful Dodger, he took me under his wing and I have a shed load of correspondence from his record label Hit 'n' Run Music. He also submitted on my behalf various correspondence to his A 'n' R friends in trying to help me. Through his kindness he instructed his PA (at that time) to send me copies of everything that was being sent and nearly all the letters I have to hand were overseen and signed by Phil Collins and considering his own work load I can't speak more highly of this man and the kindness he showed me duing the 90's. For example, even letters that were personally sent to Peter Waterman of Stock Aitken Waterman were endorsed and signed by Phil for their direct attention. A typical sentence in one letter reads: Dear Pete, further to my letter of the 17th April in which I enclosed a video of Bob Ward the material had been submitted here to Phil Collin's (from his Hit'n'Run music label) who had specifically requested we send it on for your attention and he considers them (Phil Collins) to be certain chart material, please therefore view the video in conjunction with the tapes now enclosed and let Bob have your thoughts. This was signed by Julie Braconnier - professional manager.

Around about 1995/6 I was not in a lucrative situation and decided to call it a day with this particular project. My biggest regret is that I did not register the name Artful Dodger and it got snapped up by another artist.

Soon after I was performing and headlining to audiences of 50,000 plus. An amazing 20 year journey that would see me signed in 2000-2003 for several million pounds (when the band was called wildkatz) and after that I carried on performing with my band until 2017 - where I decided to call it a day and go solo. Other artists I preformed a long side includes the likes of Fuzzy Samuels (original member of Crosby Stills & Nash) - at Eddy Grant's house/recording studios in Barbados, where we jammed and recorded till the early hours of the morning and whose artists have included Mick Jagger, The Rolling Stones, Sting & Elvis Costello. It is also where the Happy Mondays (whilst they were recording there) managed to get though a fleet of hired cars during there stay! One very rock 'n' roll band! It is also where the Rolling Stones prepared for their Gargantuan 'Steel Wheels' tour at Blue Wave Studios. We/the band also performed along side such iconic artists as The Downliners Sect, The Artwoods, Atomic Rooster, Mott the Hoople and many more musicians from the 60's onwards at such venues as The Brighton Centre, Radnor Gardens - open air concert Twickenham, Brixton Academy, Strawberry Fields - another open air concert in Twickenham etc, etc. 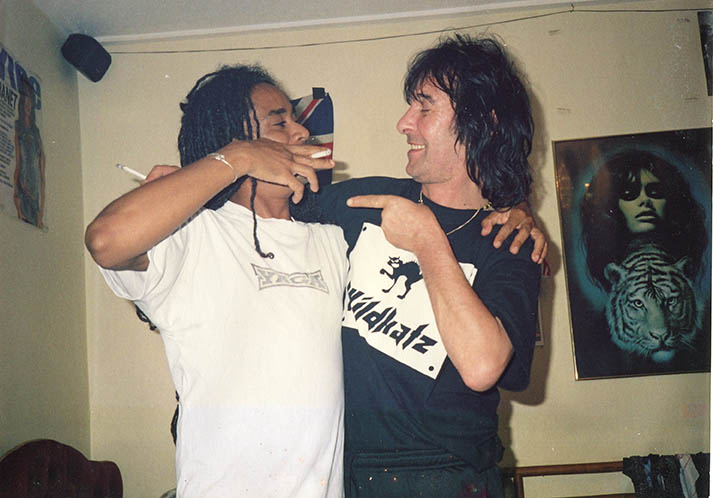 Early hours of the morning - Eddy Grant Studios, Barbados 2003 (notice the promotional t-shirt for 'Wildkatz') with my dear friend Brian - relative of the Grant family, relaxing in the chilli out room!