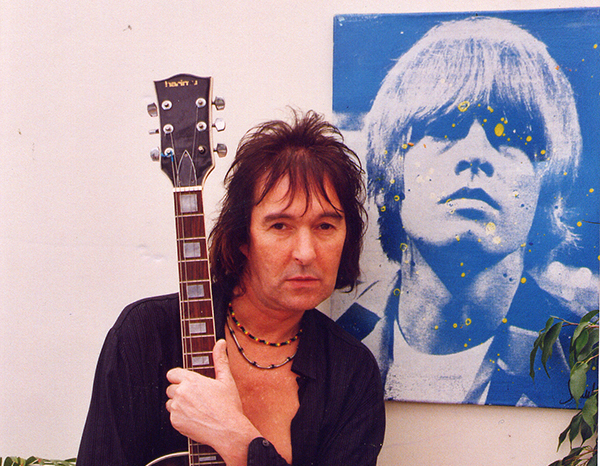 A recent review taken from youtube.com: "More of a, "Jumping Jack Flash" type, it was only with Melanie's 1970 incredible rendition that I really took this beautiful song - and was privileged to hear her perform it at the Isle of Wight Festival that year (where her illustrious, artistic company, included the likes of Hendrix & the Who!!) Man, what an amazing difference Melanie's interpretation made to my earlier perception?!? Never, EVER felt the day would come when I'd be just as captivated with an updated execution of this masterpiece!! However, must take my hat off to you Bobby - AND I understand that the ageless Stones themselves have expressed their glowing approval?!? Furthermore as an ex-PE & Dance school teacher, I adore the simplicity of the video on the beach. Such a wonderful backdrop and performance adds an extra dimension to my continued enjoyment of your music!!!!" - Brian Ian Hamilton

Ruby Tuesday - Dedicated to the Memory of Brian Jones

Relating to this dedication to Brian Jones: Brian’s girlfriend Pat Andrews together with many musician friends and acquaintances of Brian played a special part in my life during the late ‘90s when I formed what was to become an incredibly successful Rock and Roll band. Pat joined my band as backing singer for approximately four years and we shared many times rehearsing, gigging, travelling, partying and talking a lot. We never fell out and Pat has always held a torch for ‘her Brian’. She like many others believed Brian’s demise was foul play – so do I. Books have been written on the subject, conspiracy theories abound. It’s the JFK Assassination, it’s Marylin Monroe, it’s Princess Diana, it’s at the top of the whodunnits. For those without full knowledge of Brian Jones, he was in fact the founding member of the Rolling Stones, the grafter who put the band together, before being sacked by his own bandmates at his home Cotchford Farm in Hartfield when Jagger, Richards and Wyman drove down to tell him. This is also where he met his untimely demise and was found in the pool. 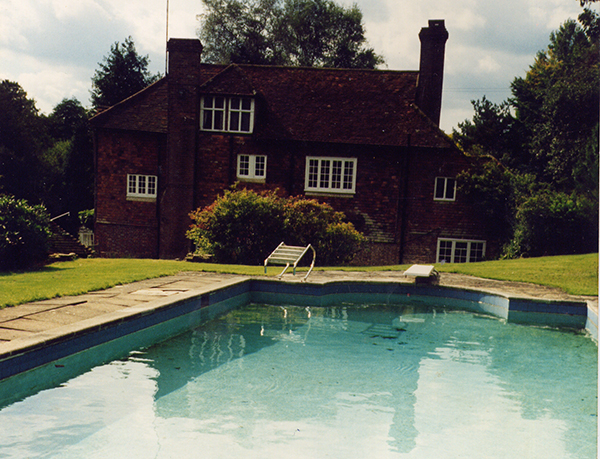 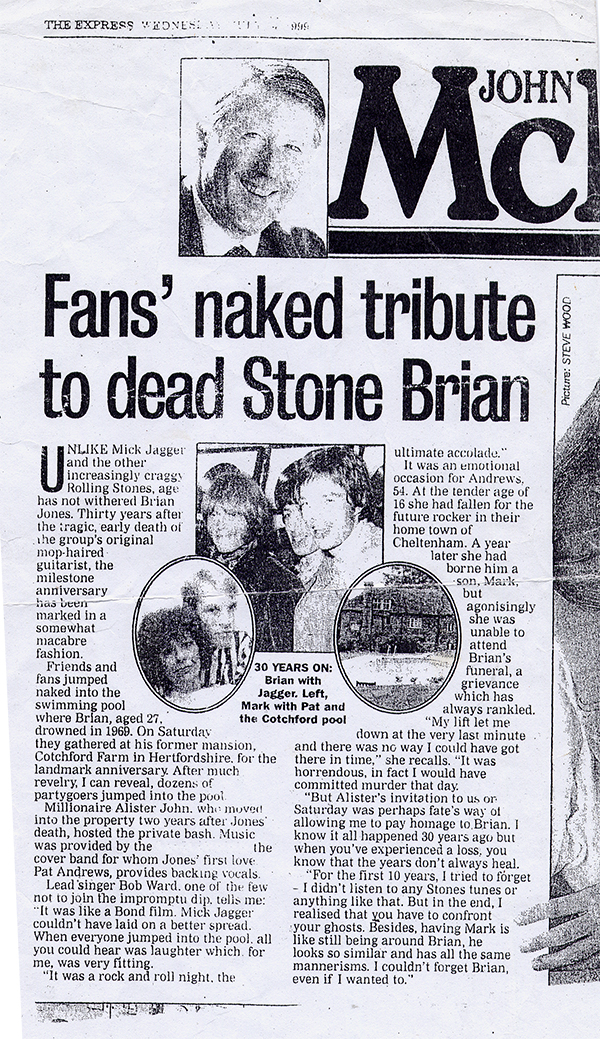 I performed at Cotchford Farm at the then owner’s request on the 30th anniversary of Brian’s demise. (see editorial in Daily Express) The gig received worldwide coverage and yes Pat was on backing vocals in the band that night alongside invited guests and friends of Brian Jones, for example, Brian's life long friend Dick Hattrell was one of the many guests in attendance (he was also prominently mentioned in Keith Richards Book 'Life') . An emotional night for those who had fond memories and friendship going back years with Brian. And emotional for me too due to the fact that I knew so much about Brian and his life from Pat and other friends telling me factual stories. After the gig myself togther with band mates retreated back to the warmth of the farm house  where we jammed in Brian Jone's music room until the ealy hours of the morning - it didn't get much better than that (one gig that remains in the top five for me at any rate!). Mark (Brian and Pat’s son) would often pop down from London to watch our gigs, usually the larger ones, whether it was at the Brighton Centre or The Royal Pavilion etc. He often crashed out at mine. And when Mark came to our gigs, no one knew it. It was the tight security of unity and despite him looking the double of Brian no one noticed because no one knew who he was - that’s how it worked.

So, I may know a little bit more about The Stones’ early life than most and their treatment of Brian in his later years. I still hold a badge of honour on my sleeve for the friendship I had with Pat all those years and the factual stories she told me. She features on backing vocals in the song “Ruby Tuesday” and so it is very fitting that I dedicate this song to Brian.

Brian brought so much to The Stones in the early days. He had the ability to play many instruments really well. Not only with ‘his band’ The Stones but also after with his solo work which stands testament to this.

After I finished a gig at Brixton Academy I was chilling out in the dressing room when Chris Jagger (Mick’s brother) popped in to introduce himself and we both kept in touch for many years after that, so much so that I sent Chris down a huge bunch of photos (amazing colour) of Mick etc on stage in London. I asked Chris to give these to Mick, 'a gift if you like', and Chris’ wife said on the phone to me at that time: “Mick always likes his own stuff back” but I’ve kept the negatives which are copyrighted to me and some of these photos can be viewed for the first time at the end of this blog.

Another visitor popped into the dressing room and presented me with a stunning Oil on Canvas of Brian (shown at the start of the blog in the background of the photo). In 2013 when The Stones played Glastonbury in the official programme guide on page 8 where it listed “43 things to see” my band came in at number two and in 2014 I was back at Glastonbury performing!

I Also spent and enjoyable evening in the company of Marianne Faithfull at 'The Cliffe' in Roedean - in 1980. I was invited there by her PA for a small party, Marianne had released her album 'Broken English' which had done really well. We both had a lot in common, chatting about music in general and we touched on her close friendship with Brian Jones and Anita Pallenberg - Marianne use to stay with them both. During the early hours of the morning we spoke a lot about Brian and those days. Fortunately, I had taken my guitar and persuaded her to sing 'As Tears Go By', which she sang brilliantly. A very memorable night and a very cool lady x.

So, I’ll leave you with these few facts: 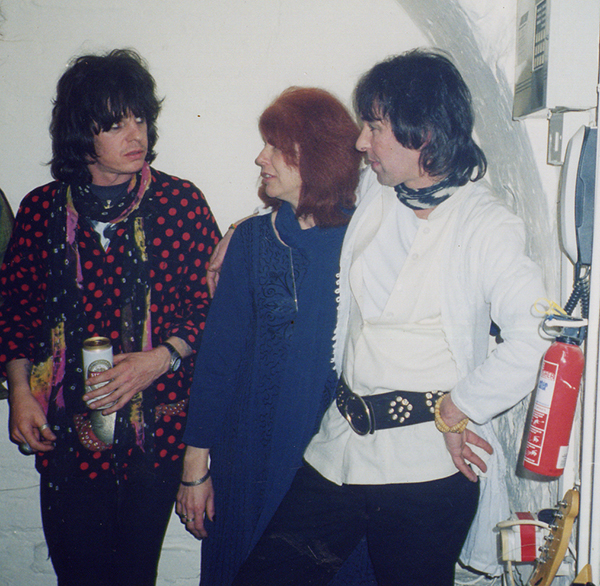 Relaxing after the Brixton gig

1. At Brixton Academy concert is where I met and became great friends with the late great Art Wood (Ronnie’s brother) and Don Crane of the Downliners Sect and we went on to perform several triple gigs together. I still regularly keep in touch with Don Crane. That man is a legend and so is his band.

2. The Rolling Stones Convention Brixton Academy (1999) was the first ever convention put on by The Stones. And I was asked to perform there with my band by the Stones themselves, where they had preformed on the same stage 3 nights before. 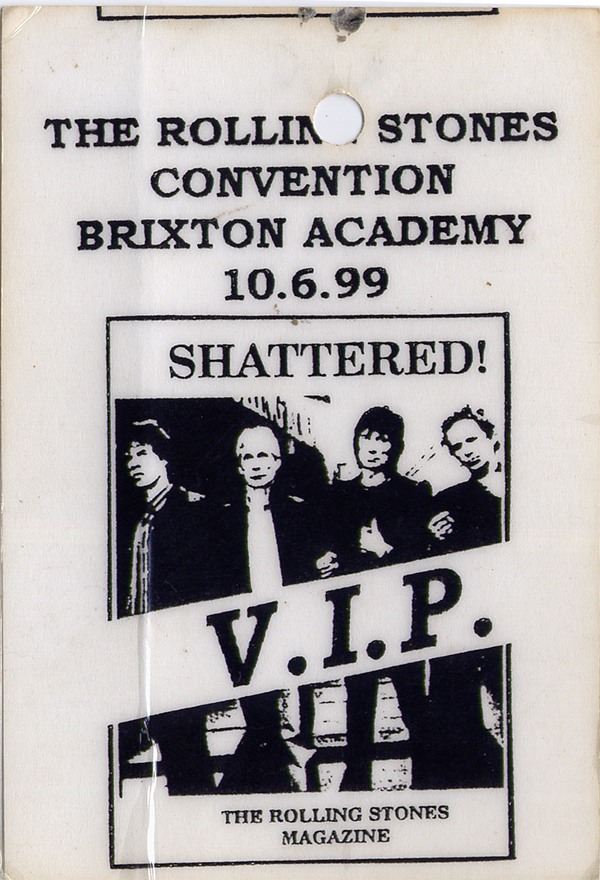 1. Keith Richards "Jones came up with the name Rollin Stones". Whilst on the phone to a venue owner, Brian grabbed the album 'The best of Muddy Waters', which was lying on the floor in the phone booth (where Brian had accidently dropped it). The venue owner asked the name of his band, he looked down at the album and track 5 side 1 was 'Rollin Stone Blues' - hence the name.

3. Charlie Watts said "Brian was very instrumential in pushing the band at the beginning, Keith and I would look at him and say he was barmy. It was a crusade to him to get us on stage, in a club and be paid half a crown and to be billed as an R'n'B band."

From my point of view running a band for 20 solid years, which I have done is not for the faint hearted. Personalities and musical differences with in my own band have made me sack musicians that did not fit, some by peer pressure from other band members and it fell on me to inform those concerned. Also some members just up and left. It is never easy, but the world is full of band arguments, rifts, rows, sweat and tears. As an example- look at the kinks brothers or Oasis brothers. It's all part of the gig of life in music and artistic flair ups - it comes with the job.

Marianne Faithfull reported that Jones wrote an early version of the melody for Ruby Tuesday and presented it to the group. Victor Bockris reported that Keith Richards and Brian Jones worked out the final Melody in the studios.

During Brian's period at Cotchford Farm he had been contacting John Lennon, Mitch Mitchell, Ian Stewart and Jimmy Miller about his intentions to form a super group.

Alexis Korner visited him in late June 1969 and noted that "Jones was happier than he had ever been" and Brian had demoed a few of his own songs in the weeks before his death.

Incidently, it was only 2 years ago, when I performed on the isle of Wight. My guest guitarist for this particular gig was none-other-than, Dick Taylor (he was part of 'the Stones' early band - before he moved on and formed the Pretty Things).

How wonderful it is to still meet Brians old musician friends to this very day. 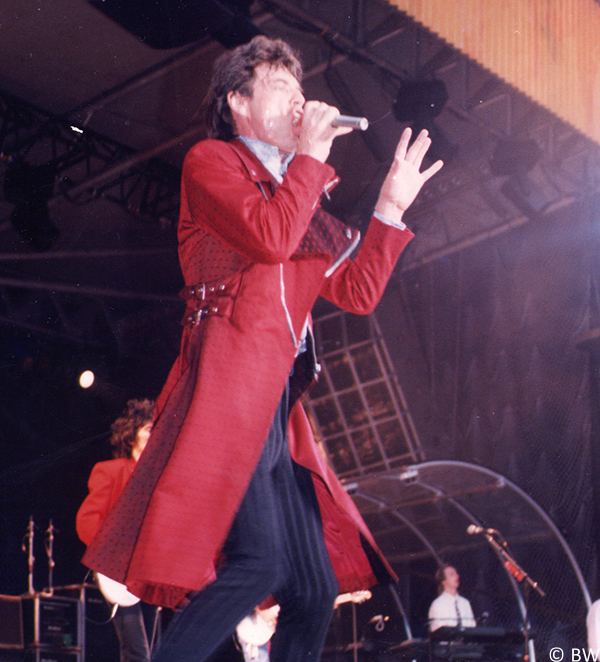 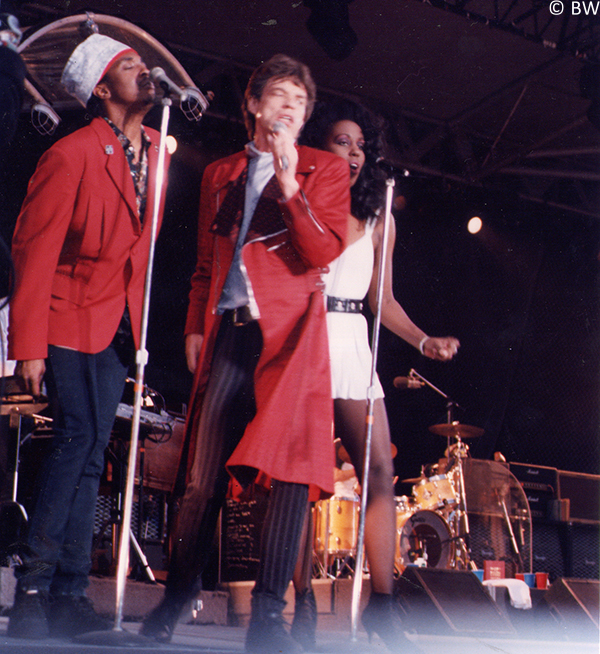 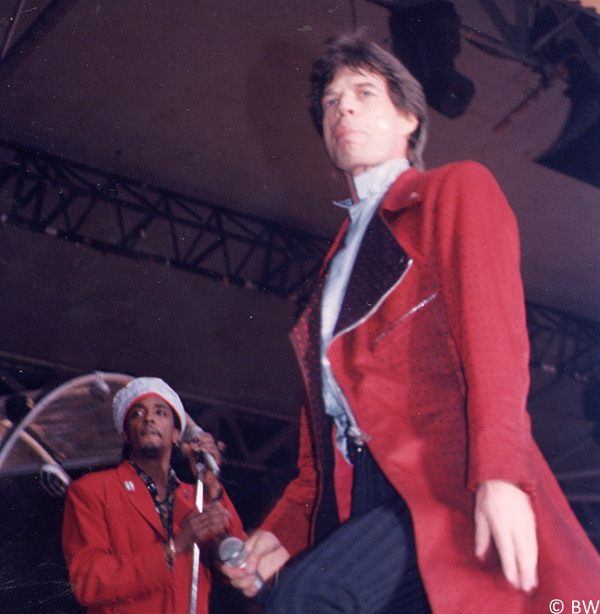 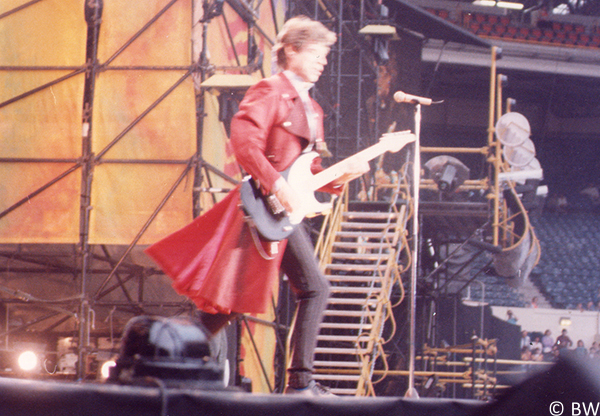 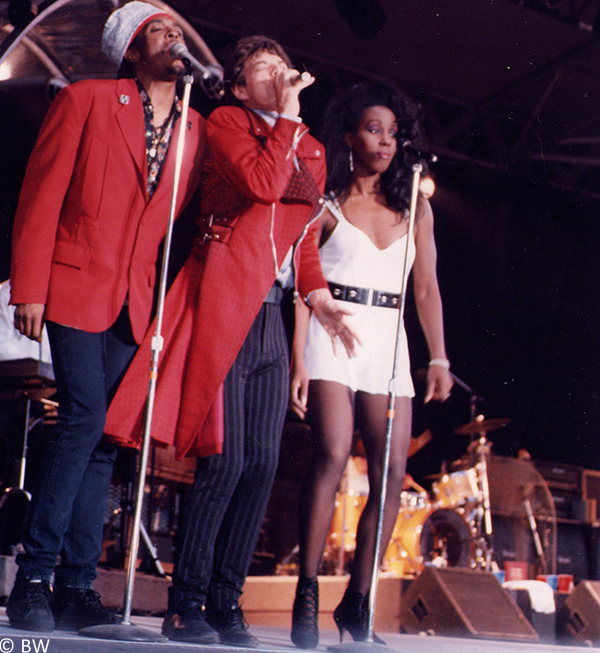 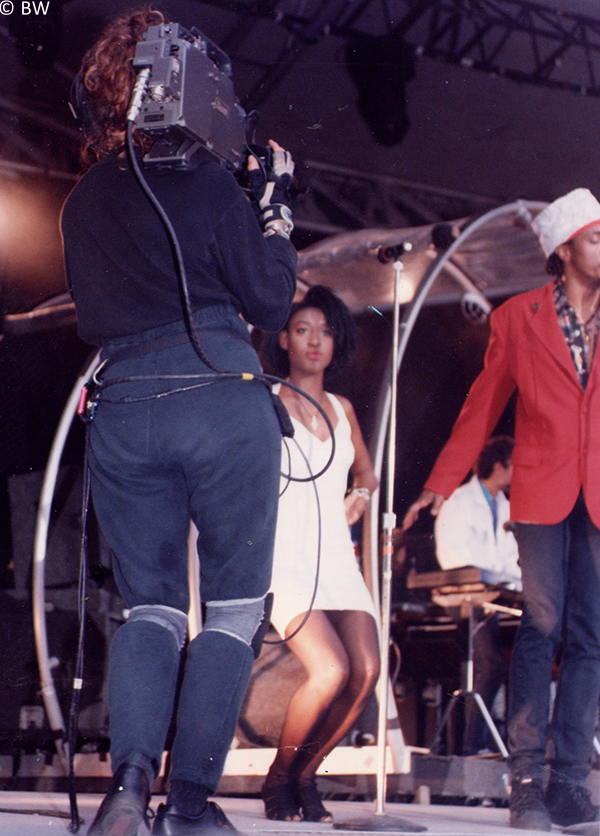 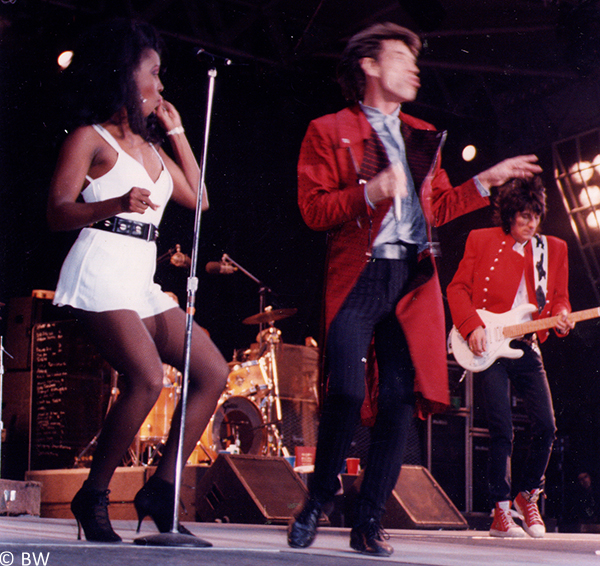 The above photos are the same as were sent to Mick Jagger (as mentioend in the above article) and never publicly published before.